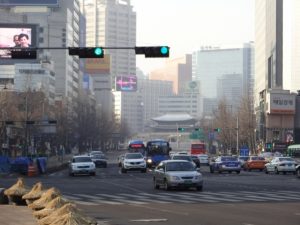 There is no disputing that Japan, China, and South Korea have huge communities of investors and developers in the blockchain and crypto currency industries, and that they have a huge influence on the global market, which is a common understanding among blockchain projects worldwide. However, due to cultural and language barriers, it is extremely difficult to accurately understand the situation in each of these three countries and implement appropriate strategies, and very few projects have achieved that.

In the previous article, we took a look at the crypto market in China. Let’s take a look at Korea this time!

In South Korea, the entire country is actively engaged in research and development of blockchain technology, including the South Korean government*1, the Seoul municipal government*2, and large corporations including the major internet company Kakao*3. On the investment front, the crypto currency bubble and ICO boom of 2017 made crypto currency investment very popular, but the overheating has now subsided due to rampant fraud and the crypto currency Youtubers getting flamed. At the same time, regulations are being put in place, and in the process, the weeding out of previously numerous media, community, and other related businesses is taking place, and the industry is becoming healthier.

In South Korea, Youtubers used to be the most popular influencers and had a real power, but they have been losing influence since 2018 when Spunky, a prominent Youtuber, came under fire for introducing the Scam project and getting paid for it (Spunky was later also attacked in person). These days, bloggers are more influential, and they distribute the information through Naver Blog and some Telegram groups.

The popularity of investing in altcoins other than Bitcoin and Ethereum is a feature of South Korea. They seek out promising, small projects that have not yet received much attention and aim for high returns. Token airdrops (Free token distribution), which are often conducted when a new project is launched, are also popular. Many people look for airdrop information on a regular basis, and it is not uncommon to receive hundreds of applications in a few days.
AMA (Ask Me Anything) events held online are also popular. The weekly AMAs held on Bananatok, a popular blockchain technology-based social media platform in Korea, have grown into an active community of tens of thousands of people, with airdrops taking place every week.

There is also a lot of crypto investment by institutional investors, including #HASHED, Unblock Ventures, a subsidiary of the Japanese company LINE, and Kakao Ventures, a subsidiary of Kakao. In particular, #HASHED, which also has a base in San Francisco, has invested in a number of big projects including Ethereum, EOS, and COSMOS, and has a strong presence around the world.
Projects from Korea with a global presence are also popular, including Klaytn, a public blockchain launched by Kakao subsidiary GroundX, and ICON, a smart contract platform called the Korean version of Ethereum. Those are typical examples, and they have received investments from major global funds, especially Korean funds.