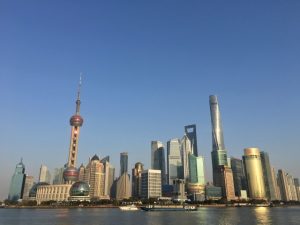 There is no disputing that Japan, China, and South Korea have huge communities of investors and developers in the blockchain and virtual currency industries, and that they have a huge influence on the global market, which is a common understanding among blockchain projects worldwide. However, due to cultural and language barriers, it is extremely difficult to accurately understand the situation in each of these three countries and implement appropriate strategies, and very few projects have achieved that.

First, let’s look at China. Alibaba holds the world’s largest number of patents related to blockchain technology*1, and there are also high quality global-level researches and development in blockchain technology, as well as virtual currencies. It also boasts an overwhelming number of projects*2, products, media, platforms, and other services. Therefore, in marketing, it is essential to choose what to use and how to use it among the overflow of information and resources.

People in China are particularly mobile-friendly among Asian countries, and they actively use social media against a backdrop of mistrust of traditional media due to strict information control. In addition, they have very strong kinship ties and are wary of people who are not family members or close friends, which is one of the reasons why social media is so influential as a source of viral content based on individual relationships.

There are many general portal sites in China, and the number of blockchain and virtual currency media is overwhelming, compared to other countries. Each media outlet has its own political stance as well as the characteristics of the information it deals with, so it is necessary to choose carefully, when using the media for promotion, taking into account the nature of the information to be introduced.

In China, likely to the trend in the global community, Bitcoin and Ethereum, as the major projects, are highly popular. PoW currencies are especially popular as China has a pioneering position in the mining space globally. Projects from China such as EOS, TRON, VeChain and tokens based on them are also popular. In addition, Polkadot is extremely popular these days, and there will be a great deal of interest in projects launched on Polkadot in the future. China is also home to a number of world-famous funds specializing in crypto, such as Node capital, Fenbushi capital, and FBG capital, so the investment trends, set by such funds is also under the focus. The projects that the funds are paying attention to and investing in tend to get more attention from the community as well.
DeFi has experienced a global boom in 2020, and China is no exception, and is expected to continue to attract attention in 2021. In 2021, the cross-chain space will also be a major theme to watch.